Shbli Saleem is a Syrian Oudist and musician, based in Hamar, Norway.

"I play arabic Oud, which is the string instrument that was the inspiration behind the European Luth and the classical guitar.
I am very interested to represent the idea behind the Arabic musical forms such as Muwashah and its relationship with Mood-music or what we call it Maqam music, and how all of that could reflect a journey to understand the similarities between this form and music from the European Middle ages ".

Shibli has played in Norwegian festivals and several National projects such as National Jazzscene 2018, Oslo Konserthus 2018, Cosmopolitiet 2019, Kampen Jazz 2019, Mandal Jazz 2019, Ultima contemporary music festival 2020 , Oslo Pride 2019, and Modus ensemble cooperation with Nationaltheatret spring 2022. He is now currently a student at Høgskolen i Innlandet in Hamar City where he will take a bachelor in music.
Shibli want to develop himself as an oud teacher and instrument maker (Oud) by working with Oud Salon workshop in Amsterdam and Sverre Jensen, ( Calenda Maya) the most famous medieval instrument maker in Norway.

" I am not a professonal Oud maker but very interested in the Oud sound, it´s physics and it´s beauty. The combination of playing the music and making the instrument is for me to understand the relationship behind music heritage and the use of the oriental oud instrument. Also how music is effected by the construction in building the instrument" 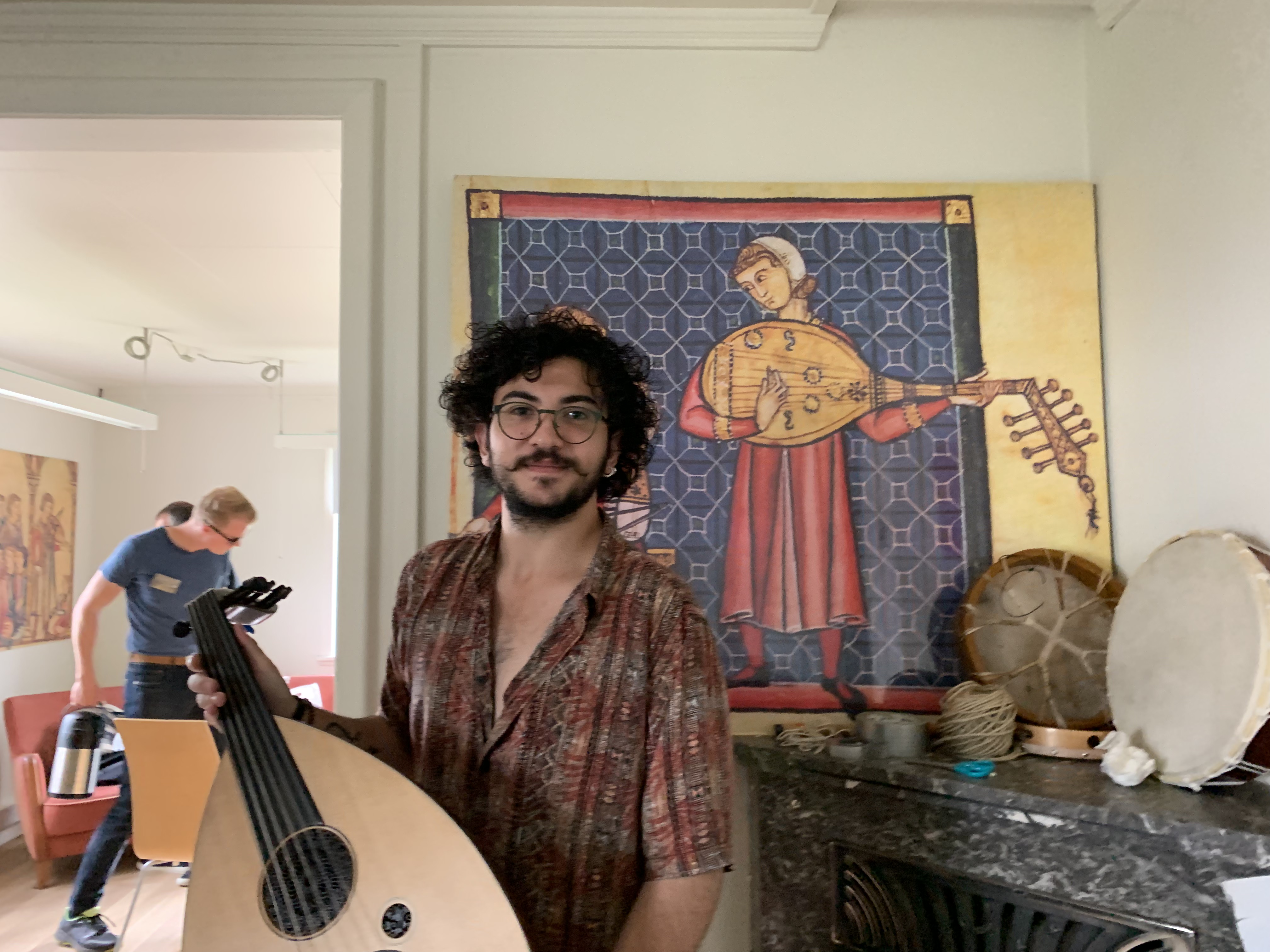